Alrighty guys, ever since I’ve touched down in DC things have been a little quiet. I’ve been getting my shit back together, and honestly I’ve not really been in a mood to write. But in a quarter-assed attempt (not even half-assed) to get some content up on this blog, I’ve scanned some things for your viewing pleasure.

While cleaning out my room a couple of weeks ago, I found some pages from a magazine (of which the name escapes me) that I tore out as a child. As I remember, the magazine was going out into recycle, but I wanted to preserve the precious few pages of anime and manga related content that I could. Being the healthy 11 year old that I was, I also ripped out a Shadow Lady advertisement. These pages are relics from the end of the 1990s. Artifacts of a scene that I could barely interact with beyond the pages of magazines such as this and the Anime Web Turnpike. As such, I cannot provide the same commentary that a Colony Drop writer can, but I think these images speak loud enough on their own. They’re primarily listings for VHS tapes and manga released in comic book format, so they show their age, and it’s quite charming. As I mentioned before, some ads are included as well. 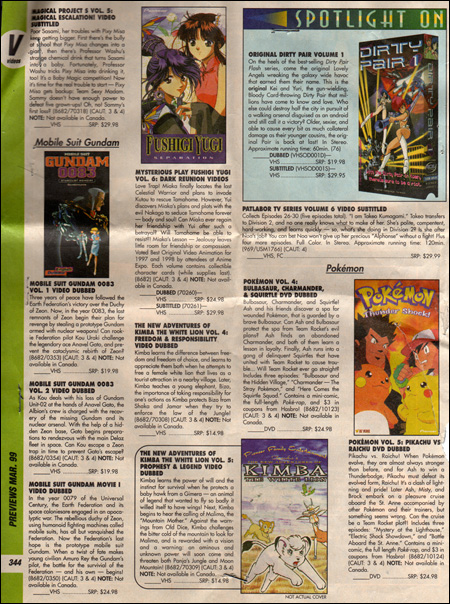 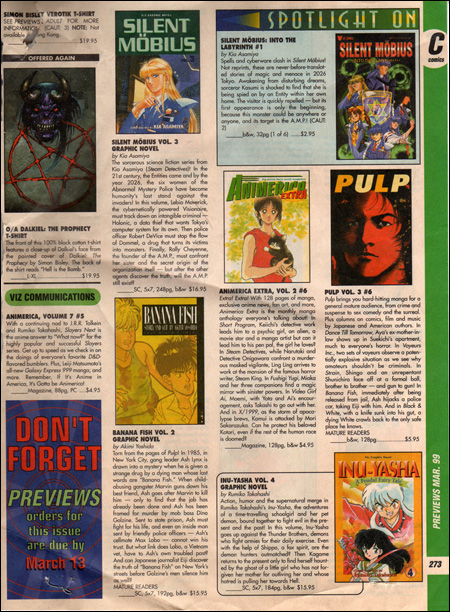 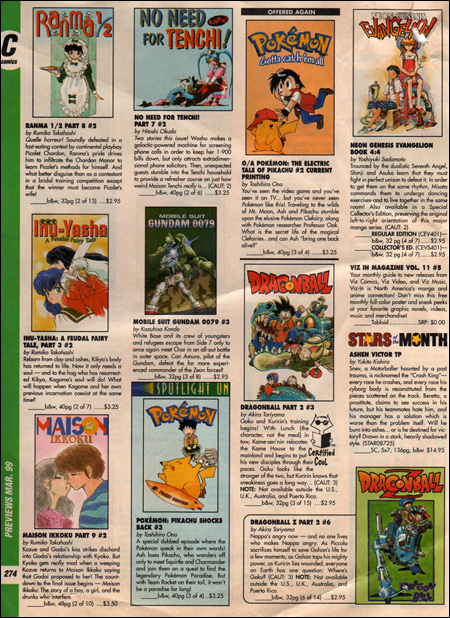 How about that Pokemon and that Dragon Ball, huh?

And as a bonus, here’s a questionnaire card I found in an VHS copy of the first Tenchi Movie. It is once again charming in how antiquated it is.