Now to make a post that’ll get no comments at all. Thank God for that, huh!

There’s a new Nadesico pachinker game that opened up in Akiba, and as such there’s been something of a Nadesico advertising blitz going around. Last time I was there with Nocturnesb there was a giant truck driving around with Yurika’s and Ruri’s faces plastered on it, and today there was a cute woman outside of the station dressed as a Nerval employee handing out… what I assume is a fan. 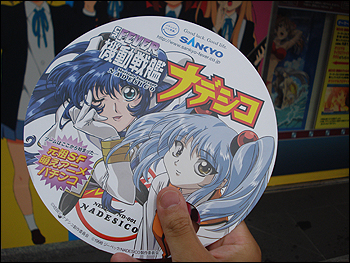 Then, while looking for the Saki taco truck (it wasn’t there, guess it only appears on weekends) I ran into a guy handing out Nadesico tissues. A Nadesico DOUBLE DOSE. Man, I am sure getting to burning. 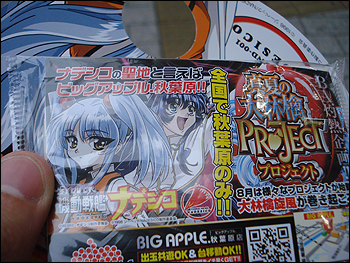 In my attempt to not spend any money at all with Comic Market approaching, I ended up buying things. Cheap things that I wouldn’t find this cheap ANYWHERE ELSE IN THE WORLD, but still. I need  my doujinshi. I haven’t even paid for a Summer Wars ticket, yet!

These deals were too good to pass up, though.

Remember that Gundam Movie II program I bought at Anime Boston years ago? That was $25. I found Movie III’s program for a cool 105 yen. 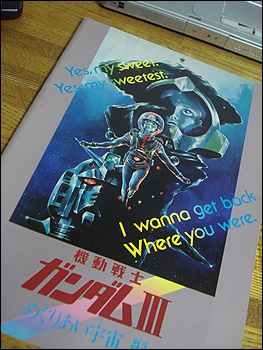 Man, 105 yen sure does get you some awesome things! BUT WAIT—! 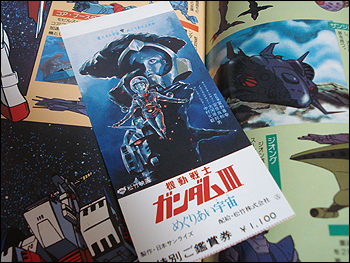 Excuse me while I fanboy for a bit but, IT CAME WITH THE FUCKING TICKET STUB. I love you, Japan. Japan is the best country. Long live Japan. All hail Japan.

Anyways, I also found an old issue of Megami I wanted. 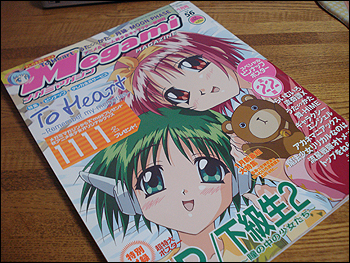 While it may not seem like anything of note from the cover, the insides reveal a most dangerous secret. 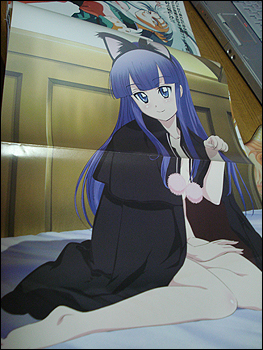 Been lookin’ for this for months.  Haduki-tan~~ 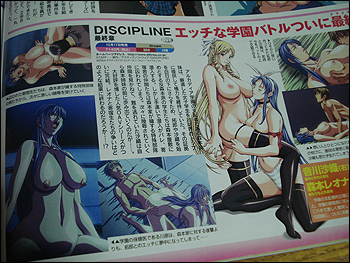 And now, lastly, (even though I bought this first) I found this shirt for 1500 yen. The more popular yukkuri shirts were around 2500 yen, but this one was cheap and probably the best ever.

That’s it. I’ll see you back Where You Were, as they say in that awesome Gundam song.